In 2007, I received a lot of emails regarding Matisyahu. Three e-mails have stood out for me and I wish to just lightly touch on them right now. All three were written by Baalei Teshuvah and people now raising their own children in a frum environment. They each wrote about the struggles they face in determining how much they allow their children to be exposed to from their past.

I think a lot of what Baalei Teshuvah deal with when it comes to their own parenting is the extreme disconnect many “BT’s” feel dealing with “FFB’s.” What they may not realize is that once they start raising their own kids in a frum community, sending them to frum schools, frum camps, their own kids become FFB’s.

There is something inherently different about a Baal Teshuvah and a Frum From Birth. A BT has something that is so pure and divine in what they have done that it often produces actions and feelings that a FFB will or struggles to have. When you discover something amazing on your own, after having experienced something else, and decide to embrace that something special, it changes you. Changing your whole life from top to bottom for the sake of your spiritual soul is something that an FFB cannot relate to.

As I have written before, I am a product of a two parent Baal Teshuvah home. My parents were there for me, they tried to help me but I knew that I would never see Yiddishkeit through their eyes. In some way the spiritual journey of an FFB is that much harder then a BT.

I remember when I was 15 I was getting a ride to Yeshivah with a family friend who had just become frum. He was asking me different questions about what Yeshiva is like because he was thinking about going to a BT Yeshiva. I will never forget that gleam in his eye. When he talked about his spirituality and how he wanted to learn more and become more, there was just something in his eyes. It was like he just “knew” what he wanted. He just “felt it” on a level that I feared I would never experience.

As I got older I had my own personal spiritual struggles. By the time I was 20 I had reconnected. Thats an experience I’d rather not share here, but it was special and in many ways I consider myself a FFB/BT hybrid. With that said I understand how many BT parents find is so difficult to raise their own kids in an “Uncle Moishy” world when they themselves feel more like “Maitisyahu’s.”

One of the BT’s who wrote me, spoke how he never gave up Rock ‘N Roll. At first he wanted to hide it from his growing children, but eventually it became something in the house where the kids knew this was the fathers thing. It’s not easy to strike those balances. How can I listen to Pearl Jam, but only let my children listen to Avraham Fried and Yaacov Shwekey.

There’s much to think about regarding this topic. 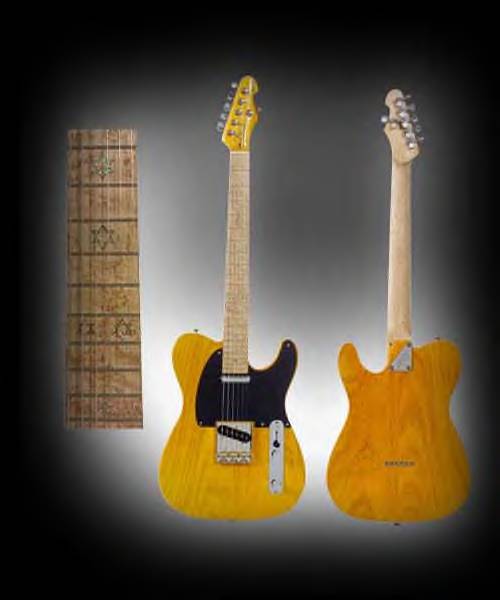 There have been a few posts here on the blog about music, more specifically about the music many of us grew up with. Take it or leave it? OK for me but not for my kids. Can’t get it out of my head, etc.

My brother Chaim is a musician. Before he became observant he was, as they say, “living the life”. He was the lead singer for a West Coast band that had growing local popularity, was gaining radio play, and playing larger venues. After becoming observant he stayed away from his music as it reminded him of many of the things he wished to leave behind, mostly from a lifestyle point of view.

I would often chide him that Hashem didn’t give him his talents to be squelched but to be redirected, channeled.

After several years, he finally returned to his music with a deeper spiritual vibe. Here is, as he puts it, the artist named Chaim, formerly known as the artist named Jonny, and currently unknown with a beautiful song he wrote.

This essay is not going to discuss the kabbalistic outlook on secular music or its effects. I leave that for others greater than I. I realize that the topic of listening to secular music is a very touchy topic with people. It can get heated. I am just going to share my own thoughts regarding the subject of listening to our past-music.

Going into Wal-Mart or Walgreen’s can be a trip down memory lane. I am guaranteed to hear some songs from my past. In fact, many of them I can still sing the words to, when I hear the music. What happens when a person hears music from their past? We know that the mind (our memory) keeps most things in storage. It is next to impossible to completely rid the memory of stored information. Forgetting something doesn’t mean it is erased, just misplaced or buried. As the music flows into our ears, the mind recalls the previous times when we heard that particular song. The music is a trigger for thoughts from the past. Whether it was a tznius time or not, kosher or treif. Granted, not every song we ever heard is associated with an “unkosher” time; however my personal jukebox doesn’t know how to differentiate between the two. This I see as one of the biggest problems with listening to secular music from the past.
END_OF_DOCUMENT_TOKEN_TO_BE_REPLACED

A long, long time ago I was forced to go to Sunday school and Friday night services in order to learn for my bat mitzvah, just like the majority of Reform youth. I always resented it then, and even now I wonder if anything valuable came out of those 7 years of Jewish education. I always thought Judaism was that boring thing your parents made you do because their parents made them back all the way to Abraham. That is until I started NFTY- the Reform youth group.

At my first event we had a few song sessions and services, and much to my surprise, everyone was singing and having fun. And I started learning all of the songs, and I started to connect to prayer through the beautiful melodies that we used.
END_OF_DOCUMENT_TOKEN_TO_BE_REPLACED

I’ve gone to a few non-observant family simchas recently and I’ve noticed that the great majority of the music played comes from before the 90s. My wife’s cousin, a drummer by night, told me at one of these affairs that the difficulty of making a living made many potential musicians and children of musicians avoid the field, and thus the dearth of good music nowadays. So for those of us who gave up our Classic Rock, we’re probably not missing much.

I remember early in my Baal Teshuva experience giving up all music for a few years. END_OF_DOCUMENT_TOKEN_TO_BE_REPLACED