Today is the yahrtzeit of my first rabbi, Rabbi Eliyahu Chaim Carlebach zt”l. Many people know of Reb Elya’s famous twin brother, Rabbi Shlomo Carlebach, zt”l. In fact, I also found Reb Elya through Reb Shlomo’s reputation, but it is Reb Elya who I will always consider my first rabbi.

Reb Elya and Reb Shlomo were born in Vienna in the late 1920’s to a prominent and wealthy rabbinic family. Their father, Rabbi Naftali Carlebach, moved the family to Germany for the sake of his sons’ education, but by the 1930s, they emigrated to America, early enough to have escaped the war. Rabbi Naftali Carlebach established a shul on West 79th Street in Manhattan which is now run by his great-grandson, Reb Elya’s grandson, Rabbi Naftali Citron.

Rabbi Naftali Carlebach was not Chassidish, but when his sons grew older, they became close to the Lubavitcher Rebbe. Reb Elya married the Lubavitcher Rebbe’s first cousin, Hadasa, may Hashem bless her with a long and healthy life. They had children and he established his own shul in Staten Island. He became an expert on all types of Chassidus and published an encyclopedia of Chassidus, respected in many different kehillos. I like to think that his tefillos helped bring me to my current point in life, a chassidista of the Stoliner Rebbe.

Reb Shlomo, who was the older twin, succeeded his father as rov of the 79th Street shul, but at some point, the brothers began to run it jointly. They used to alternate Shabbosim; one Shabbos would be led by Reb Shlomo, the next by Reb Elya, and when Reb Shlomo was touring, Reb Elya led for many weeks in a row. Therefore, when I went to the shul looking for Reb Shlomo, I met Reb Elya “by accident.”

I had first heard of Reb Shlomo Carlebach in the East Village, of all places. Skipping over the details, I was a cosmically confused teenager, dabbling in lefty politics and astrology. I went to the shul at 79th Street, and had a memorable experience, but nothing that immediately changed my life. It wasn’t until I’d spent a few years in college getting even more cosmically confused that I finally decided to go check out the Carlebach shul again.

I was surprised that Reb Shlomo wasn’t there, but in many ways Reb Elya was even more welcoming. He heartily invited me to the seudah, and after it, the Rebbetzin told me I could stay upstairs and read for the afternoon. Unfortunately, I took the subway home that afternoon, but I liked the experience enough that I went back for another Shabbos shortly thereafter. Reb Elya welcomed me again, saying he was very happy to see me. So I kept going back, and as I got to know him better, I began to espouse some of the views I’d picked up in college and in political meetings. And the fact that I could do so is the greatest tribute to Reb Elya. No matter how far I had strayed, no matter what outrageous view came out of my mouth, Reb Elya Chaim always made me feel welcome and loved.

Reb Eliyahu Chaim Carlebach, may the memory of this tzaddik be a blessing, left this world right before Shabbos, in March 1990. The congregation was gathered for Shabbos, waiting to see him when they told us. That Shabbos, we sang his favorite songs, told over his teachings, and shared memories. It was a hard, but healing Shabbos. People broke down in tears at different times. I remember watching my own teardrops fall on the tablecloth while some stranger looked at me sympathetically. I must have been crying harder than I realized.

One phrase people attributed to Reb Elya in their stories was, “Just be normal.” He had never actually said that phrase to me, but it succinctly summed up the message he had been conveying to me throughout the entire year of our acquaintance. Normalcy was a good value for me to strive for. It certainly wasn’t a value in hippiedom or leftism, and after years of identification with both those worldviews, I certainly was not my normal self.

After the loss of a dear authority figure, it is very common that the young and bereft resolve to follow the path of the deceased more devotedly. How else can they connect with the niftar, the person who left this world? The person is gone in body, so the connection must be on a purely spiritual plane. I’ve been told that the Tanya says that a tzaddik accomplishes more in this world when he leaves it because then he is not encumbered by physicality. I don’t claim to understand how that works, but I think that the affect on the bereft which I described must be part of it. As Reb Shlomo used to say, “What do I know?”

May Reb Elya be a mailetz yoshur for klal Yisroel. Oh, how I miss him! 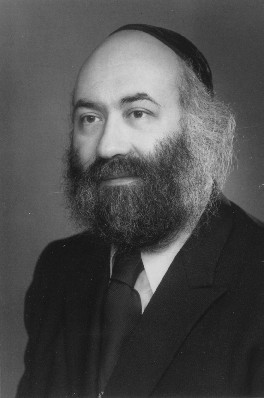 12 comments on “A Tribute to My First Rabbi”